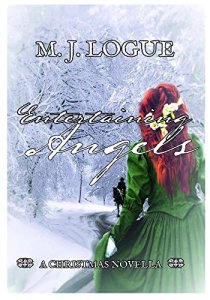 SOMETIMES, FINDING LOVE IS AS EASY AS KNOWING WHERE YOU LAST HAD IT…

Retired from the Army after twenty years of service, Major Thankful Russell’s whole life till now has been made up of war and intelligence. And now in peacetime, he suspects no more war and, on current showing, precious little intelligence.

The idea of spending Christmas surrounded by drunkenness and debauchery at His Majesty’s court is more than he can bear – and so he begs leave, to spend a quiet family Christmas at home.
The problem is, he doesn’t have a family. And nor, with his scarred face and his shyness, does he ever expect to have one.

But when an accident of fate returns him to the only place he’s ever called home, it’s down to his old commanding officer’s daughter to teach him that not everyone sets so high a value on the outer wrapping of the most precious gift of all….